Epic Greatswords. Spectacular kicks and grabs followed by explosions that can fill the screen with light chips and blazing flames. Colored bars that fill and empty at brutal speed. Two contenders shake the stage in a furious duel that combines anime style and classic arcade feel. DNF Duel unashamedly showcases Arc System Works’ very recognizable fighting style, yes, but it also knows how to be unique about the controls and bring new ideas. Making the seemingly complicated simple and exciting, which requires skill and precision.

And it’s gotten to a point where it’s not even necessary to show a running game in motion to know that the same Yokohama team that signed the excellent Guilty Gear Strive or Dragon Ball FighterZ is at one new fighting game is involved. His mastery of the Unreal Engine when it comes to creating handcrafted 3D surfaces and adding overwhelming power to any frame is almost, almost patentable.

However, where Arc System Works really shines is not in the amazing aspect of its games, but in the playable realm. Whatever matches or exceeds the presentation of each game. And in this regard, DNF Duel isn’t afraid to offer very different ideas, but it’s no exception when it comes to imposing its new gameplay on everything else.

Its very simplified punches and combo chains preserve the spirit of arcade-born hits by fighters that you’ll learn in just one game, but whose techniques will take entire afternoons to more or less master. Overwhelming on-screen chaos that must be tamed – each player must not only understand what is happening, but also stay one step ahead.

Luckily for all the fighting fans out there, DNF Duel matches are hilarious and exciting. Much to the delight of all video game enthusiasts, the way the Street Fighter II formula has been rethought from the ground up also opens the door for any action gamer. Including the players of Dungeon Fighter Online, the game that serves as the basis for this madness of chaos, swords and this OST in the key of fantasy and rock and roll, which, all said, is also a house brand.

DNF duel, or how to make the simple spectacular (and terribly funny).

The way the fighters of DNF Duel take control of the screen from end to end, exchanging punches and explosions is an amazing sight. You don’t have to be behind the wheel to soak up the excitement that manifests throughout the game. From the combos celebrated hit after hit to completion, to the very tight dodges and blocks. One of the points that speaks for the game is its excellent rhythm. But it’s only when you operate the levers or buttons that the new Arc System Works really convinces you.

Although the design and execution of the characters are very similar to those of Granblue Fantasy: Versus or Blazblue Cross Tag Battle, the biggest resemblance to both lies in the way the Yokohamaers want to open up the genre of combat to all viewers, without Giving up mechanics and resources that will satisfy the most experienced. In addition, in practice, DNF Duel has only two attack buttons and two special movement buttons, and unlike the complex movement sequences of Guilty Gear or KOF, everything depends on choosing the right direction and button. 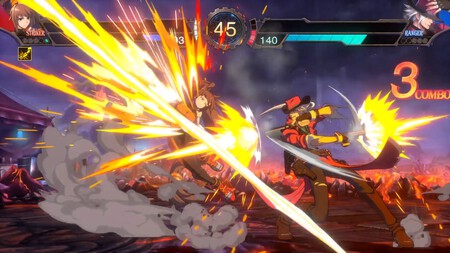 Put that way, it might seem like Arc System Works is embracing Super Smash Bros. Ultimate’s style of control; but in practice, the development of the fights makes the result very different. Even within Arc System Works’ own legacy of games: Ground and Air Mobility sacrifices a lot of presence to give maximum importance to attacks, which translates into much more direct and offensive combat. Furthermore, in DNF Duel it is even implicitly advertised that we reduce our health in exchange for stretching the combos.

Although the aim of the game is to empty the opponent’s health bar before the end of each round, there is a second clue that carries equal weight in the development of the battle: the MP bar determines the number of MP skills (special moves ). that we can do. This bar can be recharged over time by itself, reaching our rival, or through conversion, a mechanic that burns some of our health and converts it into more MP. 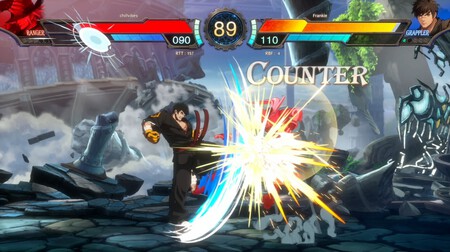 The interesting thing here is that while DNF Duel manages to make everyone’s basic repertoire of normal and special moves accessible and mastered in a very intuitive way, albeit with the appropriate period of learning that each character needs, the passion for fighting games grants one new level of depth through MP movements, so we are encouraged to constantly consume the second bar to make more devastating attacks and counterattacks. And the way it’s made easy for us to cancel almost any move for a specific MP opens very interesting doors for those who are passionate about fighting.

DNF Duel constantly encourages us to be creative and experiment with MP special moves. even in critical situations, although he also knows how to keep a balance in essential points: With a few exceptions, there are no advanced mobility mechanics such as double jumps or air blasts, apart from retreat, advance and little else. The door to aerial combat is not closed to pinning it down, nor to acrobatic punches or trades (the exchange of attacks of varying strength and speed) with feet off the ground; But if we understand our fighter and know how to manage the MP bar well, we have ideal conditions to make the leap into the competition. 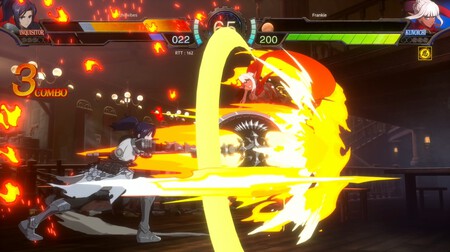 Which is wonderfully complemented by the great sensations that its online leaves us with: the Rollback Netcode shines again in its own light and offers distance duels with the same intensity as those played with two controllers and the same console. In our play sessions we only had one disconnect (we understand this was our opponent’s fault) and the rounds were smooth as silk with a generally worthwhile 4 RollBack frames. A luxury.

Add to that the return of classic Arc System Works rooms from before Guilty Gear Strive. Or at least those were the ones offered during the beta: chibi replicas of our characters are positioned in a cute online arcade where they sat down and waited to be challenged. As simple and straight forward as it sounds, it leaves room for all the settings we want with our rival: number of rounds, previous fighter selection, use of emotes, etc. 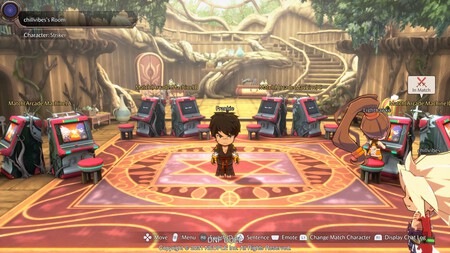 The series of achievements that open the gameplay to all audiences, together with a rollback netcode that represents the leap in quality of the new fighting games, position DNF Duel as a title to keep an eye on and capable of the same Capturing the sensations of competitiveness and excitement that cemented the arcade fighting genre thirty years ago – which is quick to say – while letting us savor every fight won or lost. Especially when it comes to the minimum. 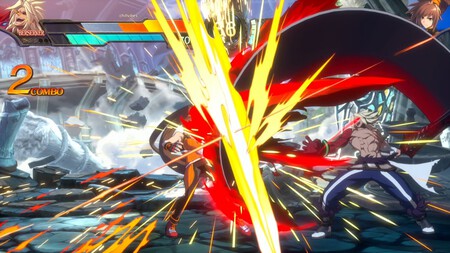 Although DNF Duel is being developed by three teams (Neople, Arc System Works and Eighting), the truth is that the origins of the saga go back a long way: it’s actually a kind of spin-off of Dungeon Fighter Online, an action game with role-playing Overtones active since 2005. Of course, as was the case with Persona 4 Arena or the latest Granblue Fantasy: Versus, the masterful handling of those from Yokohama will serve to open new doors for the brand through the basis of pure spectacle and arcade sensations.

An exceptional ambassador for Dungeon Fighter Online, whose sensational combat experience shines in its own light and despite beautifully adapting to the characters and movements of the original game – something the Yokohama studio has made us very accustomed to – knows how to find its own space and a privileged position among the speakers of the current battle, even in the new generation systems. And that there are still many aspects to be clarified before the launch. 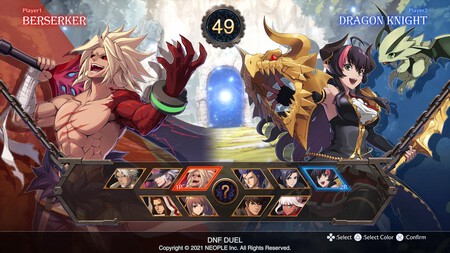 Although the version we were able to play was very polished and its ten selectable characters perfectly made available to everyone; It’s still not entirely clear which systems it will be playable on (PS5 and PS4 have been confirmed for now) or which modes it will offer by default. To be fair, we can only assume there will be a gallery of items we’ve unlocked and an online room system, although by browsing the menus it’s possible to find options for a training room, which unfortunately we didn’t have Access.

We will have to wait a little longer to see how the value and game proposition of DNF Duel will be completed by the arrival and impact of new fighters, the announcement of classic modes or modes created for the occasion (no arcade mode can be offered very expensive) and what are the post-launch plans for the game itself. Because while it may be too early to talk about it, we anticipate that content will continue to arrive to keep this flame alive, the first sparks of which are already there … 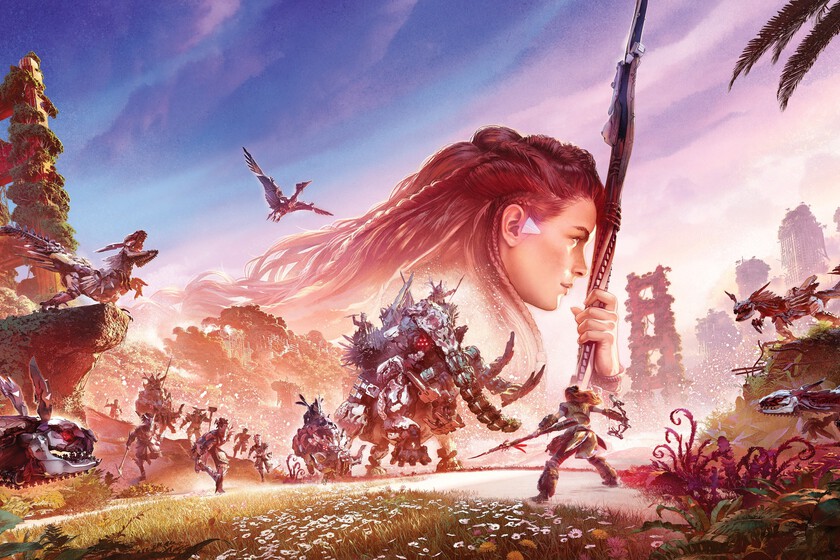 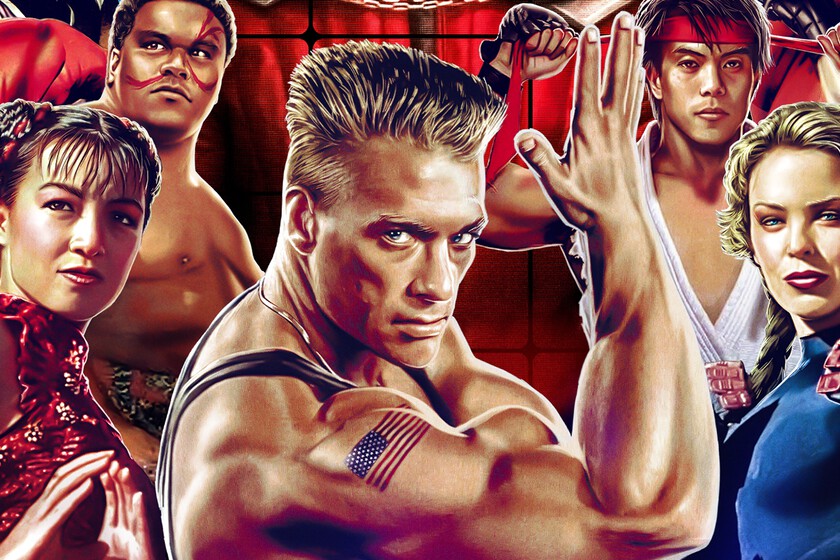 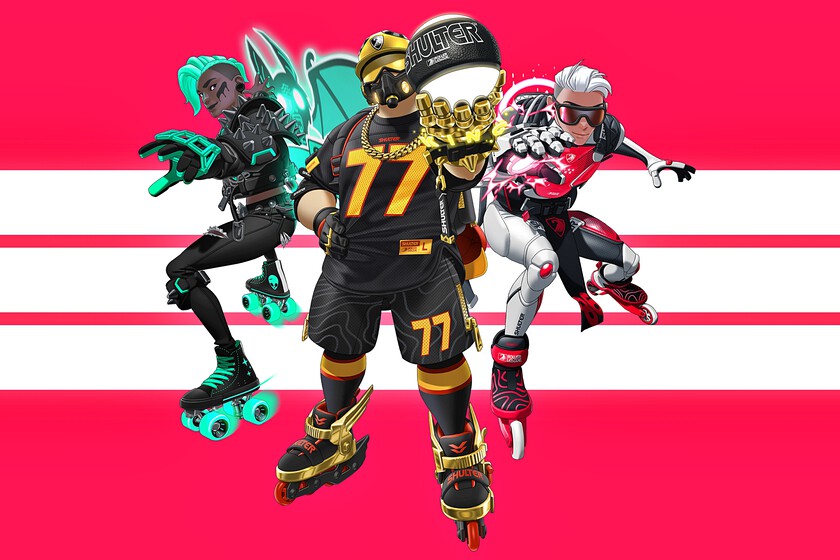